Two weeks ago, on March 2, submissions to the Conference on Empirical Legal Studies in Europe 2020 closed. Before Oslo will host the next instantiation of the successful conference series, here is a brief recap of the previous conference in November 2019: 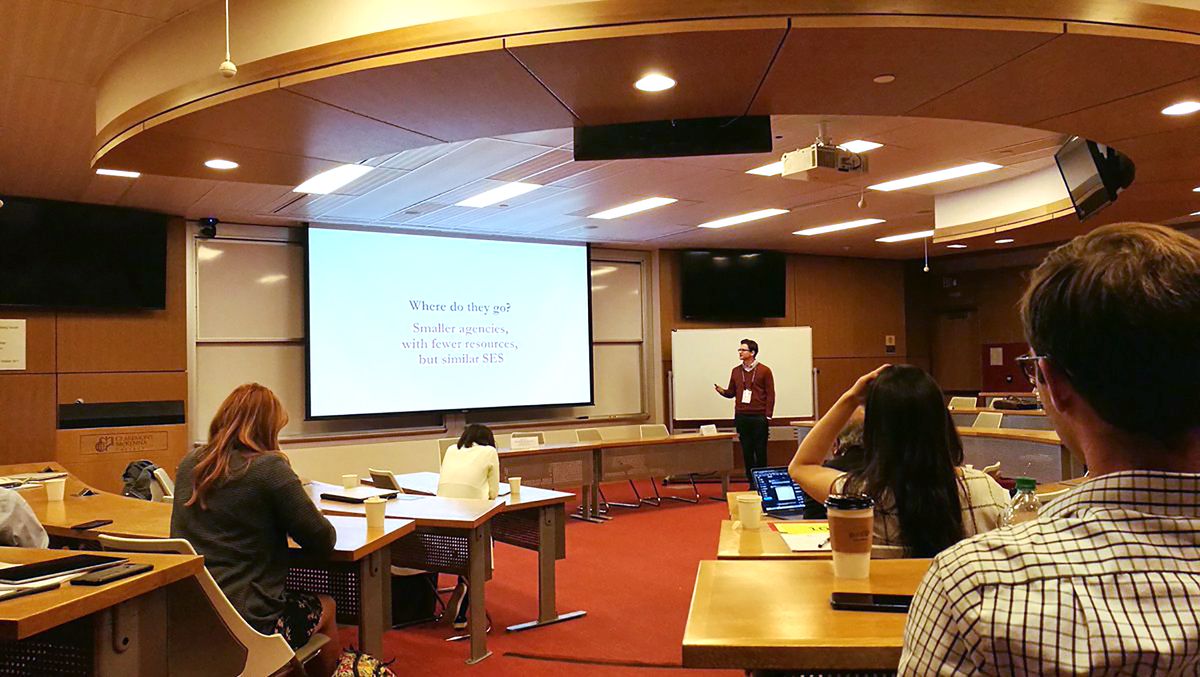 Does discipline actually decrease police misconduct? Are fines or liability judgements better tools to prevent medical malpractice? What are the hidden effects of ideology among federal court judges? These were among the questions explored by leading legal experts from across the nation at 14th annual Conference on Empirical Legal Studies (CELS) at Claremont McKenna College.

“We were honored to host CELS – the first undergrad institution ever to do so – and to support two days of scholarly exchange of powerful, cutting-edge empirical research on the legal issues of our time,”

Jointly organized by the CELS board and Claremont McKenna College, the goal of the conference, usually held at leading law schools, was to stimulate conversations among scholars and encourage experimental scholarship.  More than 125 presentations were made by legal scholars hailing from Columbia, Harvard, UC Irvine, Yale, USC, Claremont McKenna College and other law schools, colleges and universities.

“The Conference on Empirical Legal Studies, currently in its 14th year, is a wonderful forum for a diverse group of interdisciplinary scholars to come together to discuss their work,” said Eric Helland, the Robert Lowe Professor of Economics at Claremont McKenna College, one of the CELS organizers, with David Bjerk and Daniel Krauss. “The conference encourages scholarship on legal issues. Moreover, the participants ranged from seasoned professors, well established in the field, to graduate students, who are starting with their scholarly endeavors.”

In the first plenary session, Randomized Control Trials in the Law, Helland moderated a discussion with Harvard Law Prof. James Greiner and CMC Prof. Jeffrey Flory, who founded the Science of Diversity and Inclusion Initiative (SODI). Flory and Greiner discussed the growing importance of randomized control trials (RCTs) in empirical legal studies. The pair examined how to promote the use of RCTs and field experiments, the gold standard in scientific analysis of causal effects, in legal studies. They debated how to overcome common challenges to their implementation and take advantage of opportunities. Professor Flory said:

With eight German-speaking scholars in attendance, CELS has also established itself as an attractive forum for European empirical legal scholarship. The ELS community looks forward to a fruitful continuation in Oslo in June 2020.

Prof. Dr. Dr. Hanjo Hamann
Hanjo Hamann is a professor of private law, business and intellectual property law. He is currently based at EBS University of Business and Law in Wiesbaden, Germany. He is also an editor-in-chief of the International Journal of Language & Law (JLL), and visiting researcher at the Max Planck Institute for Research on Collective Goods.
Suggested Citation
Silsby and Hamann, 14th Annual Conference on Empirical Legal Studies, LAW’S|EMPIRICS, 03/15/20, DOI: 10.25527/re.2020.02